I’m aiming to tag Pressbooks 5.7.0 for release sometime on Monday March 25th. Our deploys to go out the week after, or maybe after that.

With Ned’s departure it’s a little bit later than expected, but it’s still good times. Just a few minor things to sort out. Specifically a Blade templates l18n issue. Spoiler: The translations themselves work fine. Just thinking out loud about a refactoring strategy. Check the discussions:

To be resolved soon. Keep an eye on the release drafts for what’s coming:

Would be great if seasoned Pressbooks users could kick the tires. It’s all in the dev branch, we’re in feature freeze mode until the release.

Have you updated any of your Dev servers with the latest release of H5P? It broke my site and I was wondering if I am the only one, or if that is something other users are experiencing.

I’m not sure if it is a me problem, a pressbooks issue, or an H5P problem.

We’re running it and it works fine. I will certainly double check tomorrow morning at my workstation.

Your error message is complaining about a missing file in h5p-php-library. How are you running the H5P Plugin? Straight from GitHub? If yes, then h5p-php-library is a git sub module. You need to update separately.

Easy way to pull latest of all git submodules

If no, if you downloaded their zip file from WordPress.org, then open a ticket on their GitHub: https://github.com/h5p/h5p-wordpress-plugin/issues - I just downloaded and I see the file. I doubt that’s the problem? 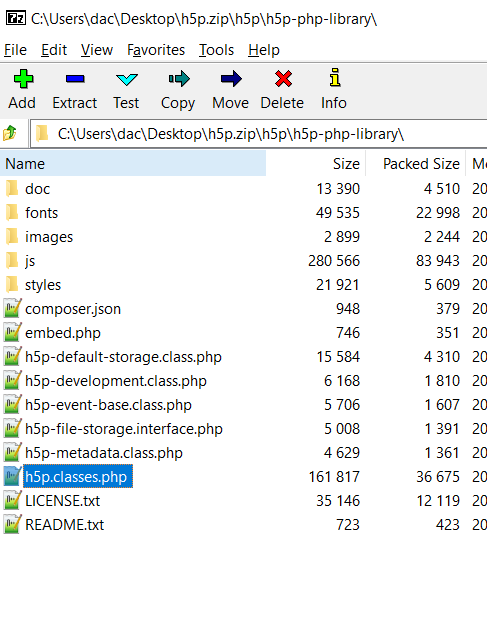 Hi! I would give it a try and see if I run into issues on our test Pressbooks install, but it would be great to have the normal ZIP files of beta versions to download. I remember that last time I downloaded the DEV version I got composer error messages that I could not interpret and that did not want to go into.

ETA for those zip files is Thursday March 21st

I could update my test environment to the dev branch with composer. Found no issues up to now. Cloned a book and made some glossary entries with formatting.

Update: ETA has been bumped to Monday March 25th. Thanks for your patience. PS:

Would be great if seasoned Pressbooks users could kick the tires. It’s all in the dev branch , we’re in feature freeze mode until the release.

Done. All new versions have been released.

Our customers will start using these new versions on April 3rd, our next scheduled deploy day.