At the end of September, we officially stopped hosting books on two legacy Pressbooks networks for self publishers: https://pressbooks.com and https://ingramspark.pressbooks.network. Over time, these networks had grown to include over 100,000 titles, of which a distressingly large percentage were spam or abandoned books. Several months ago, we announced that we would no longer be hosting books at these two legacy networks.

In order to continue serving individual faculty and self-publishers, we launched a new subscription-based service at pressbooks.pub which made several new features available to individual authors for the first time. Over the past several months we also offered free migration services for anyone who wanted to move their books from the old pressbooks.com and Ingram Spark networks to the new pressbooks.pub service, and we ended up migrating more than 2,000 books for users of the discontinued networks.

We also moved all of the public, openly licensed content that had been published at pressbooks.com, and set up automatic redirects so that visitors to the old URLs would not be lost or confused after we stopped hosting books at pressbooks.com. Pressbooks has and will continue to host this public, openly-licensed content free of charge, even if the book’s creators don’t have a pressbooks.pub subscription. We are pleased to announce that over 750 new books have been added to the Pressbooks Directory as a result!

Use Featured Image to Replace Hero Image in Aldine Pages

The Aldine network theme now allows users to assign individual hero/header images using the ‘featured image’ tool in the page editor! To change the hero image on one of your root site pages, simply edit the page, upload or select an existing image from your media library as the page’s featured image, and save your changes. 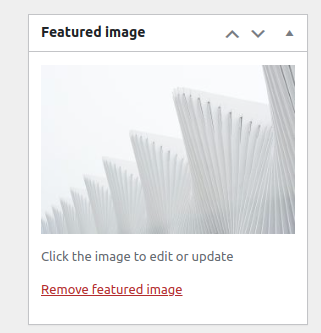 After you have done this, the featured image you’ve selected will then be displayed as the hero/background image in the page’s header (example shown below): 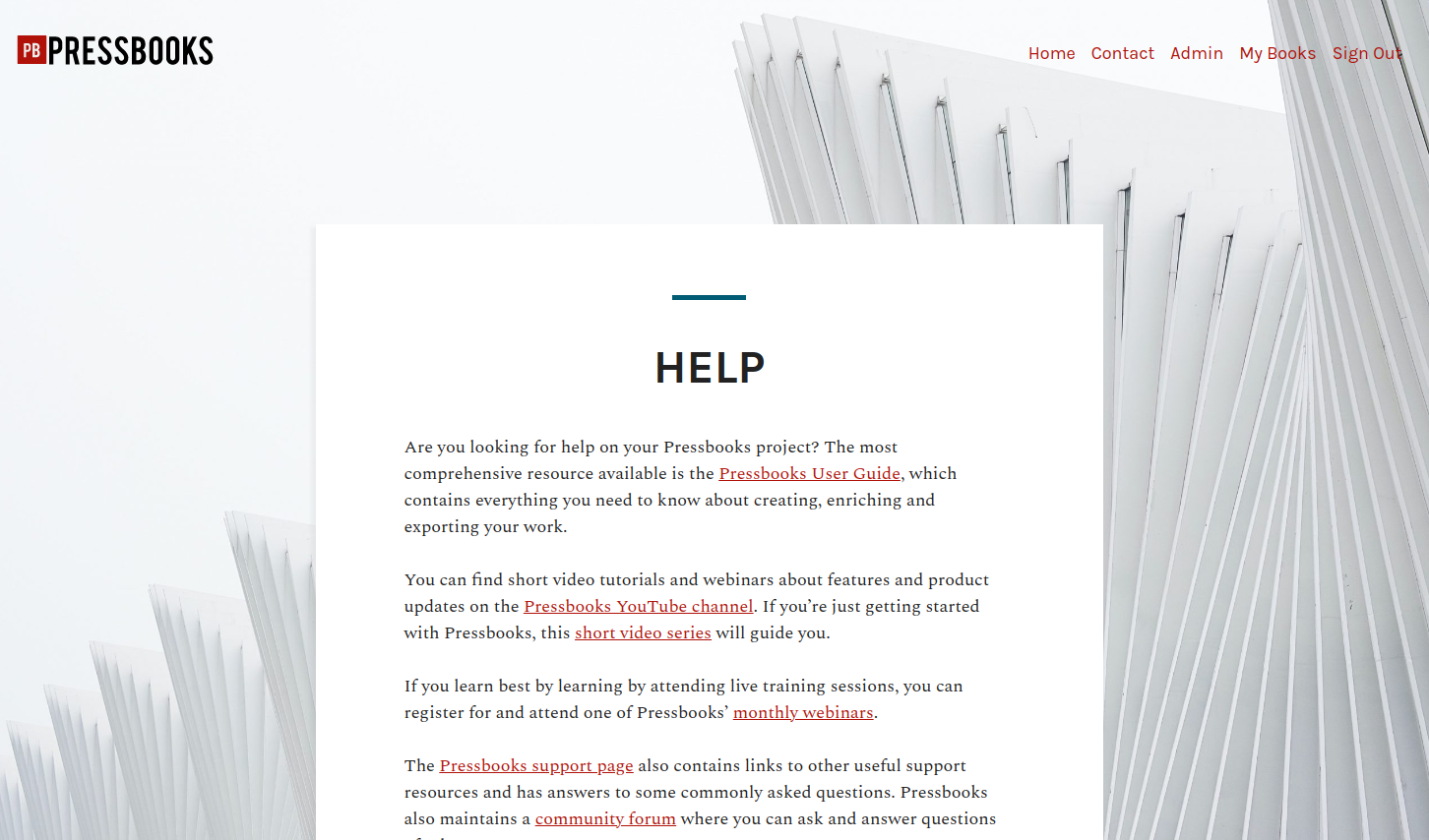 We’ve updated the ‘custom styles’ feature available for books so that CSS added there will also be applied to the book’s homepage. This change now allows authors to customize the appearance of their book’s homepage as well as the reading interface for interior content. See our guide for more details on how to use the Custom Styles feature: Appearance – Pressbooks User Guide

We also created a network-level option to suppress the banner CTA that we recently added to help educate users about how they can clone and adapt openly licensed content. Readers who don’t want to see the CTA can simply dismiss it by clicking the X; authors who want to suppress the CTA on their books can do so with a simple ‘display: none’ custom CSS declaration, and network managers who want to suppress the CTA on all books on their network can now do so with a simple network-level theme option. Clients who would like assistance with removing the CTA on their networks are invited to contact premium support.

In September, we also made several fixes to improve the accessibility of Pressbooks’ export and cover generator pages. On the export page, we replaced the old PNG icons for export files with SVGs and accessible label text. On the cover generator page, we updated the icons and improved the user’s ability to navigate the page without a mouse and see all of the available actions.

We also fixed two bugs that were affecting EPUB/PDF exports: first, we corrected a problem that affected chapter numbering in the EPUB table of contents in certain situations; second, we ensured that users could correctly add and display italics and bold text in front and back matter titles.

We released major version updates for Pressbooks & several of our plugins in September. These releases made upgrades to the application container and replaced the Blade templating engine in use, allowing our developers to do more modern things with Laravel, a popular PHP framework. We also moved the Buckram and Aetna pattern libraries outside of McLuhan and back into standalone packages which are required as dependencies in McLuhan.

An additional note for open source users/developers: a forthcoming release will include support for PHP8, which will become a requirement for running Pressbooks before the end of 2022.

Finally, we conducted beta testing of our new network catalog with more than a dozen existing institutional clients. Over the past few months, we have talked with dozens of network managers about how the existing Aldine network catalog could be redesigned to help them better showcase books they have published. After processing their desires and feedback, we’ve been incrementally improving a new network catalog page which will allow network managers to enter customized introductory text, search and filter all published titles, and display the cover image and select metadata about each included book, much like the Pressbooks Directory. We’re making a few final design and accessibility improvements to the beta catalog this month, and expect to have a first public release to share in next month’s product update! For now, we hope you enjoy the preview image included below: 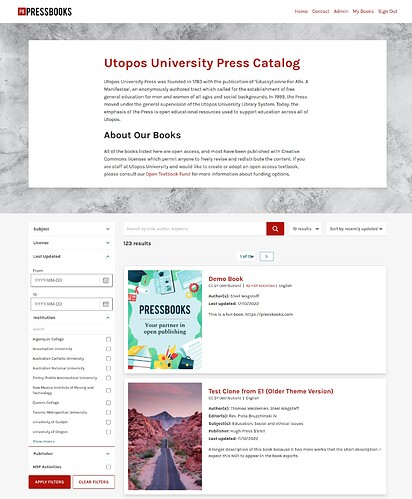