We will be releasing these a week from tomorrow (February 26). If you encounter any critical issues, please post them in this thread so we can address them as needed. Additional feature requests for these releases will not be considered at this time. Thank you!

When downloading Pressbooks, Pressbooks-Aldine, and Pressbooks-Book from github and install them in the correct directories.

I’m getting an error “Pressbooks dependencies are missing. Please make sure that your project’s Composer autoload file is being required, or use the latest release instead.”

Just to confirm, this is expected at this point? All installs of the RC versions need to be done by composer and can’t be done by just FTPing the folders to an existing server?

The release packages include all Composer dependencies. Which link did you use? The correct ones are as follows:

Thanks Ned, that fixed the problem.

When looking at the new Pressbooks Book, with that table of contents on the left hand side. Things that are labeled as Front Matter are getting labeled as chapters, messing up what’s already been labeled. This is a screenshot of the Canadian edition of Openstax Chemistry. 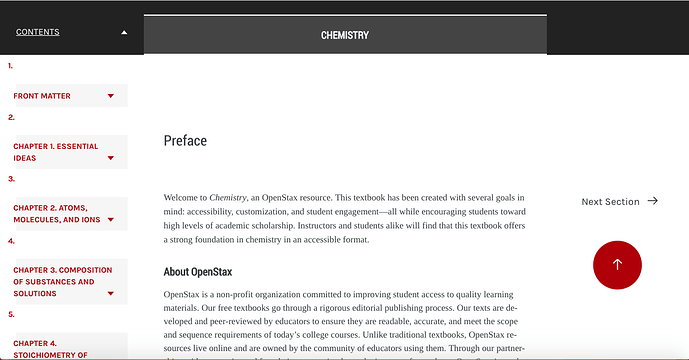 Also, in the same book, the icon for the search bar looks like its appearing too large. 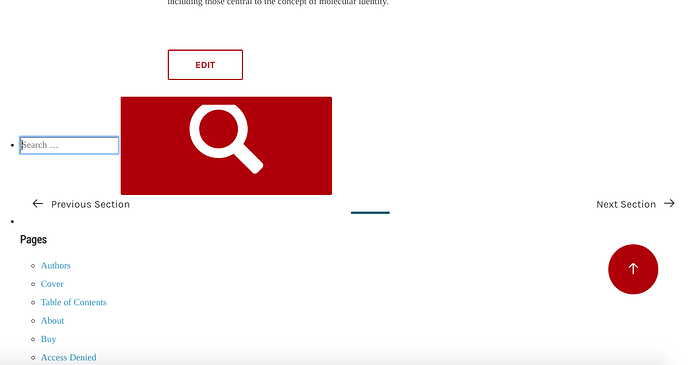 Sorry for the number of posts, but new posters are only allowed one picture per post.

When using the lnks from the Aldine frontpage/catalog, you are brought to a basically all white empty landing page. 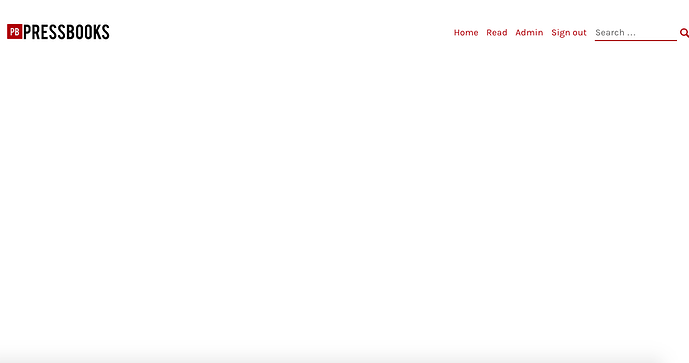 What theme are you using for the book? Is it the Open Textbook theme? It looks like there may be some conflicting styles. Can you try switching to a different theme and see if the issues persist?

That did the trick. I thought when I network disabled Open Textbook theme that it would kick to the default book theme.

Had to network activate Mcluhan. 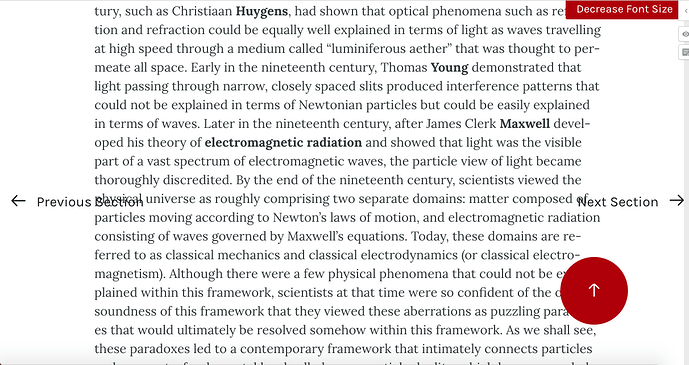 This is a known issue and I am working on it.